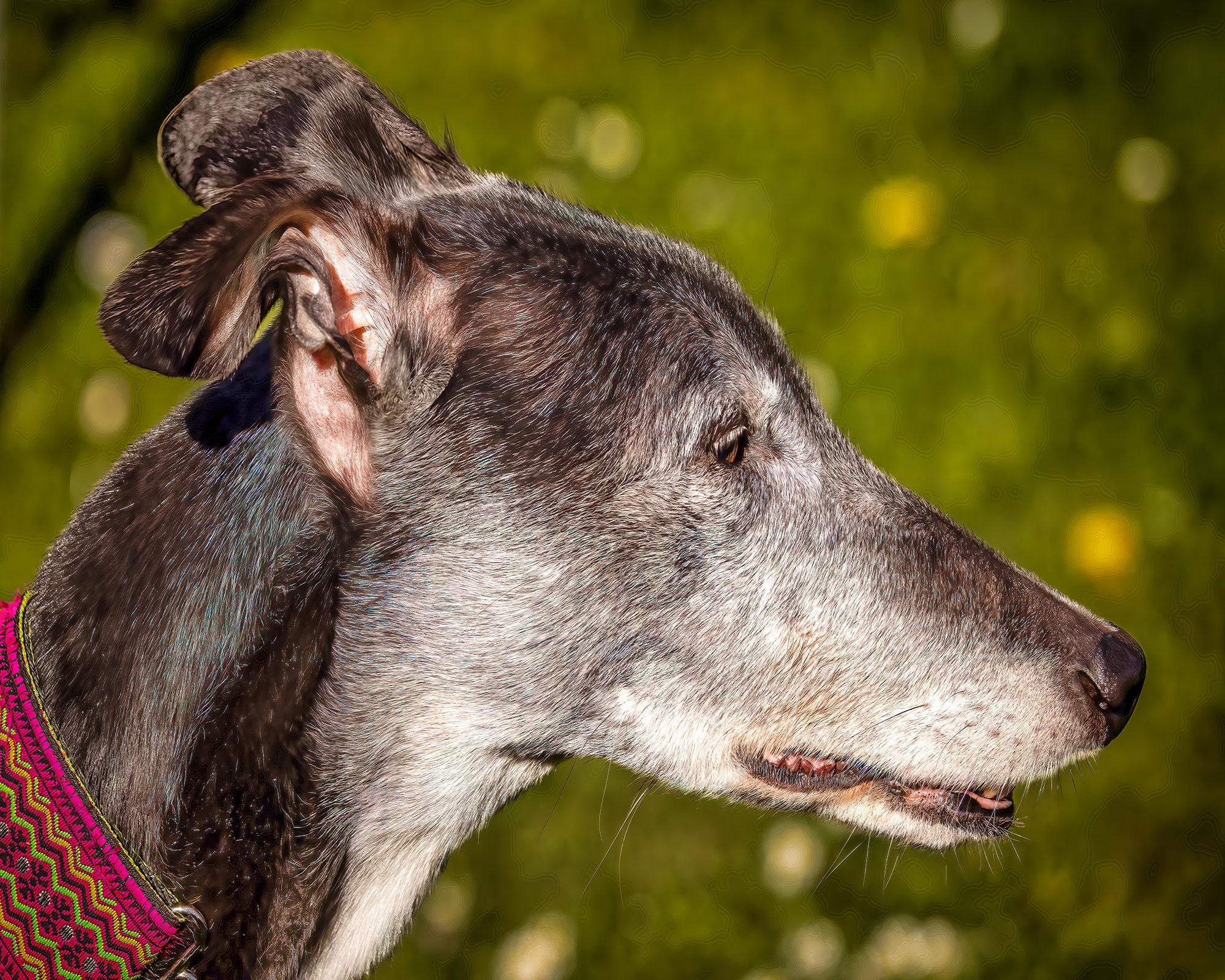 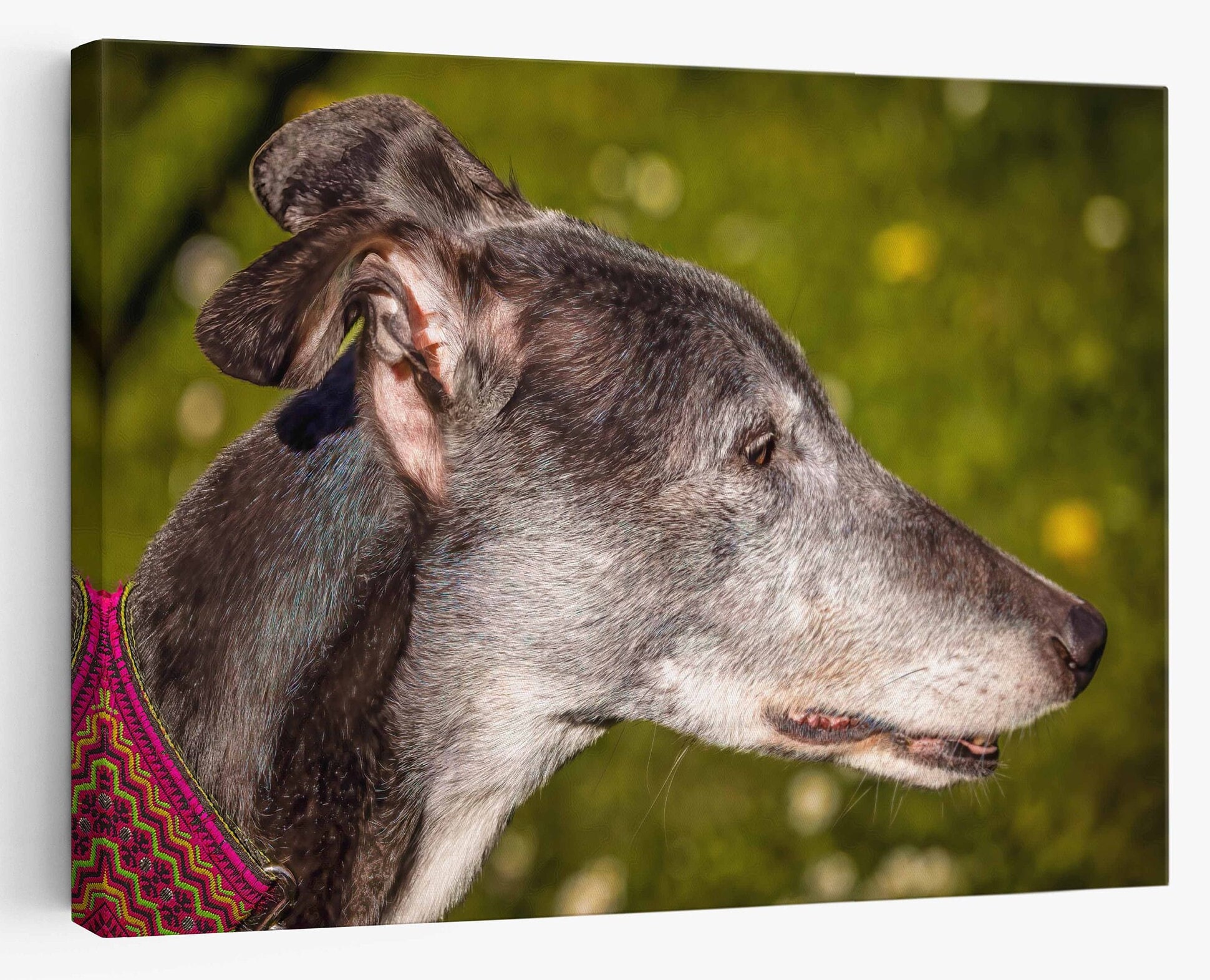 Biba. Portrait of an English Greyhound.

Sun Oak Pearl was her racing name, and she completed 31 races. At the age of three, she was put up for adoption. This was because she had stopped winning races.

A very kind, loving person, adopted her, naming her Biba. This owner had worked in the fashion store Biba, the brainchild of Barbara Hulanicki in the 1960's and 1970's. The Biba store idea revolutionised British fashion and retail culture.

At 24 years of age, Freddie Mercury, of Queen, met Mary Austin, a beautiful shop assistant, at Biba. The Biba store featured in the film Bohemian Rhapsody. It was said to be the most wonderful store in the World.

Jet plane noises terrified the Greyhound Biba, and many jets trained where she lived. Biba would shake, tremble and her teeth would chatter. Her new owner approached a famous Behaviourist, who tried to overcome this fright, and put her on medication.

Eventually, it was decided that Biba would be put to sleep if she didn't go to a quieter home. My lovely, caring, Mom took Biba on in 2018. If there are any loud sounds, Biba can walk into a warm, dark, cupboard, with a big quilt and a blanket, for comfort.

Mom goes on a colorful Greyhound Walk every month, with around 50 Greyhounds. The dogs wear outfits to match the season. People out walking are always surprised to see such a magnificent sight.

Greyhounds are easy going dogs, with silky coats, and just want to be loved. Biba is one very lucky Greyhound and she still gets to see her previous owner.