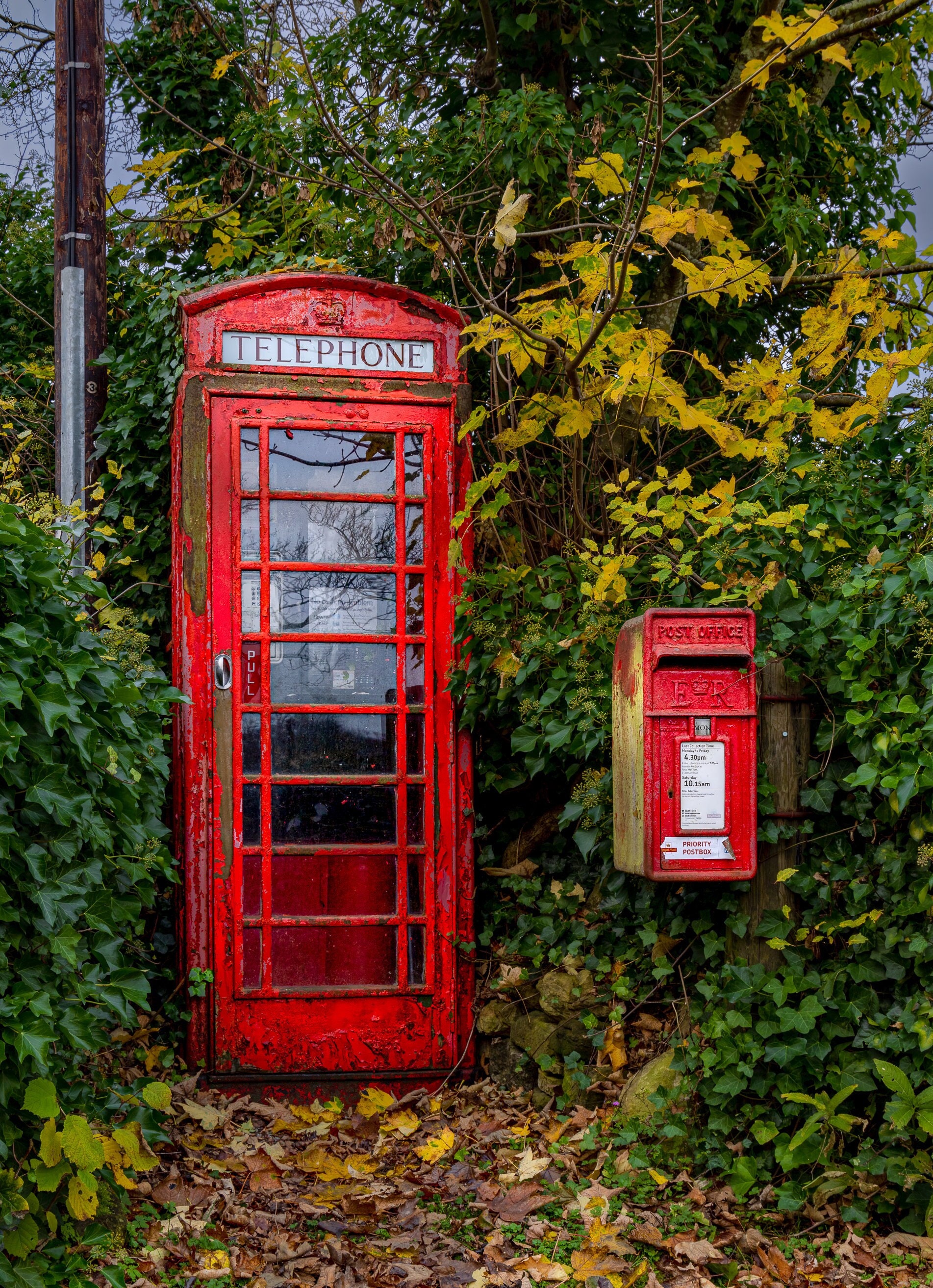 Loved by so many of the World’s people.

This cherry red telephone box, adorned with a striking golden Crown, is a British cultural icon throughout the entire World and one of England’s most recognizable structures. Designed by Sir Giles Gilbert Scott, it lit the roads of Gibraltar, Malta and Bermuda.

What would you do with a British, iconic, red telephone box? Some of these, almost 100 year old boxes, have been given a second life, and have been turned into discos, libraries, defibrillator units, cell phone repair shops, florists, lifts down to wine cellars, secret entrances to a child’s playroom and even a poolside shower in an Australian home. Premier League Football Players and Rock Stars buy them.

Nostalgic reasons for purchasing them are the memory of the ticking sounds of the old coin box, or people who remember making calls from them to loved ones. These boxes provided shelter from the rain. People met friends in them. You could dial-a-disc from them. They provided a Lifeline and played a crucial part in keeping all of us connected. Hearing the voice of the person on the other end and the beep beep beep of the ‘pips’, you forced your coins into the slots to make the call and pushed Button A to speak. If no-one picked up the call, you would be very disappointed and would press Button B to get your money back. You could reverse the charges! You could ring and shout ‘pick me up!’ before having to put your coin in the slot. Students would queue up to use them in the 70’s/80’s and 90’s and people would hand out the number of the kiosk to get people to phone the box, as private landlines were not owned by many people then. In some streets people would rely on neighbours hearing the telephone ringing in the kiosk, and then running to a specific house to tell the occupant they had a phone call waiting!

On this pretty, Autumn Day, 14 November 2021, I took a trip to the tranquil, chocolate box village of Rievaulx in North Yorkshire, England. Everywhere around me I found peace and serenity. Autumnal, blazing colours of yellow, orange, purple, red and brown, bringing with them warmth and comfort. Spellbinding wafts of mesmerizing smoke, coming from the chimneys of idyllic country cottages, were drifting slowly into the sky.

In Rievaulx you will discover impressive ruins of one of England’s most famous Cistercian monasteries, built 1132 and stripped in 1538 by King Henry V111. However, I had driven here not to photograph the monastery, but to capture an image of the village telephone box, as its fate is not known and these are now a rare sight.

As a little boy, my Grandad had taken me to a red telephone kiosk, to make a call. I remember it being quite a formal occasion. There was a huge, well-handled, paper, telephone directory inside the kiosk, and the stale smell of tobacco smoke. I could taste the bitter taste on my tongue. There was a queue to use the telephone and when we eventually got our turn, a lady starting tapping on the glass to hurry us up!

This cherry red telephone box, being kept company by a red Her Majesty’s post box, was hidden cosily in between hedging. A soft blanket of Autumn leaves, in particular, striking, large golden Maple leaves, led, invitingly, to its red metal and glass, entrance. Eager to get inside, I walked up to it, pulling the heavy door open. The metal was cold to the touch. It took me back to that very moment with my Grandad. I doubt people will ever be as sentimental over mobile phones.

As I stood taking photographs, leaves were floating down to the ground, all around me, like colourful confetti. The telephone box reminded me of Dr. Whos Tardis. One local man told me that he was lucky to see it every day. Then along came Pam and her young son Jack. Jack, a very intelligent boy, was interested in photography and they both took a keen interest in what I was doing. Pam also commented that she really liked this telephone box. A Farmer then appeared, from a pretty lane, and informed me that this kiosk was in danger of being removed at any time.

I had a great day as I met some lovely local people and got the image I wanted of this iconic British telephone box.

There are 3 ways to print these images.
1) Premium Glossy Photo Paper are high quality, professional paper-prints.
Sharp, Vivid and rich Color sets this apart from a casual photo print.
You'll feel like you're there.
Premium Glossy Photo Paper will last a long time.
This option is available in 8x10 inches, 11x14 inches or 16x20 inches.
They are designed to be placed in a glass frame, which can be purchased separately (starting at a few dollars at your local Target or online).

2) Ready to Hang Canvas are ready to hang right out of the box with zero assembly required. Ultimate convenience.
Gorgeous finished look. It comes out of the shipping box finished and ready to hang with a simple nail in the wall.
Canvas Prints are a well-known, high-end way of displaying photographs.
1.5 inch thick wooden stretcher-bars that give it shape, in the same way an oil painting is traditionally assembled. There are no staples or ugly lines visible on the sides (very important).
Estimated delivery time for printing, assembling, packing and shipping is around 10 days.

This is for larger pieces, and the photograph is split into 3 even panels, 3 separate canvas panels which put together make a single large image.
This gives a modern look, and allows spectacularly large sizes on your wall!