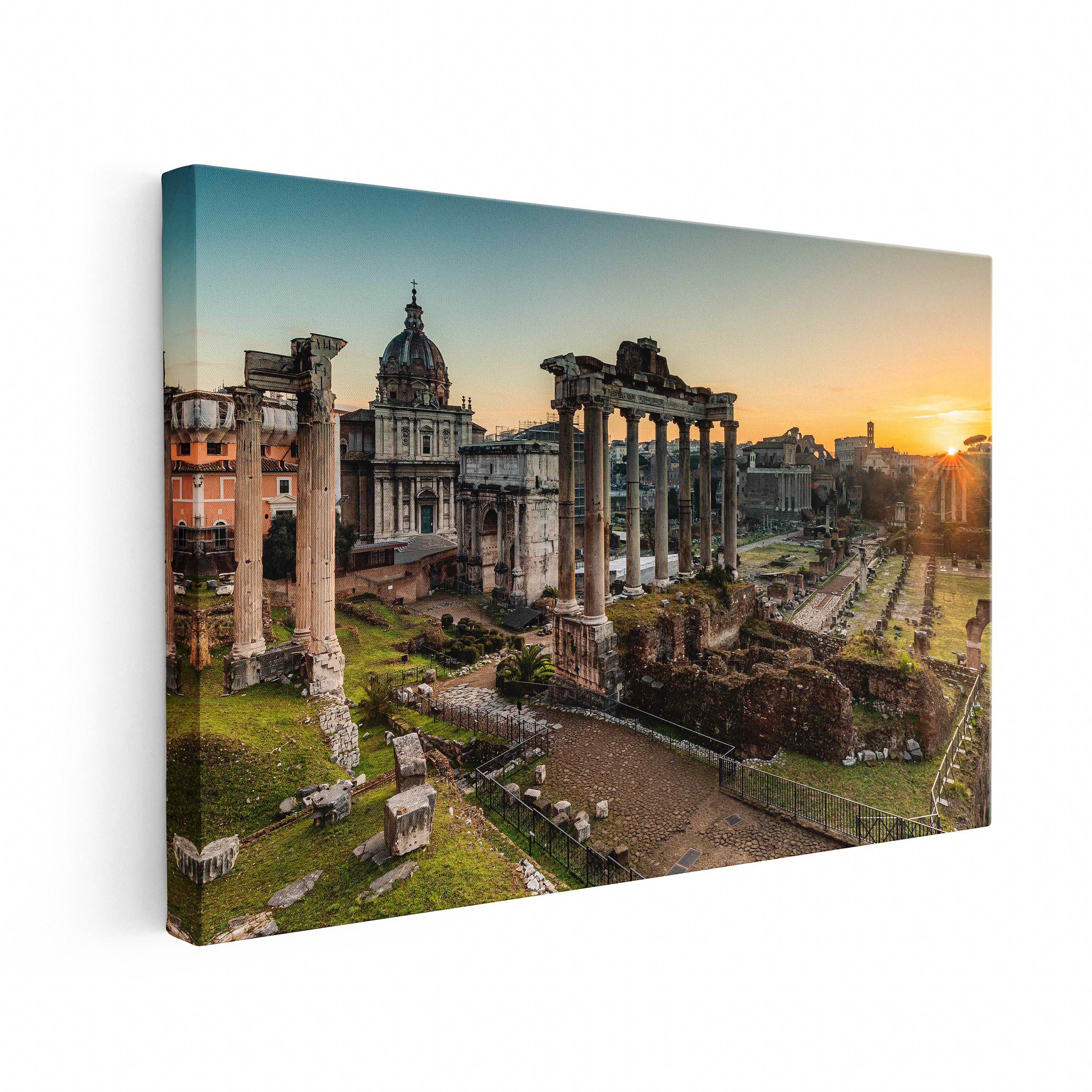 Destination
One of the most visited and famous tourist sites in the world. Seeped in hundreds of years of Roman history, which is unique and intriguing.

What’s in a Name?
Excitement was coursing through our veins about the prospect of returning to Rome in January 2020 and photographing the Roman Forum, among other locations we had previously scouted out. Rome is famed for having the smallest country globally, the Vatican City, measuring just 0.2 square miles, together with its stunning architecture, and it was once the centre of the Roman Empire.

Between about 200 hundred years BC and 1400 AD, Rome conquered most of Western Europe. The Roman Forum dates back to around 9th/10th Century BC, with Archaeologists still making finds to date it more accurately. It is an extensive site, with a complex of ruins and has a truly amazing panorama which can be seen from on the Palantine.

The Engagement, Romance and Wish
Mark had proposed to Nicola at the Trevi Fountain, Rome, in June 2018, where he had employed the services of a guitar player, through his friend Giulio Tampalini, internationally hailed as one of the most popular and charismatic Classical Guitarists, who has performed in the Vatican in honour of the Pope and who tours internationally.

Giulio, quite amazingly, and thankfully, even performs in the wonderful, historic, walled city of York, England, a city founded by the Ancient Romans, due to his contact with his great friend Mark Gaultier, Concert Guitarist, Teacher, and Composer living in York.

Until the hour of the engagement, this unknown by us, young and enthusiastic Roman guitarist, with the help of his two friends, appeared and serenaded Nicola beautifully and expressively at the Trevi Fountain.

We had then done what tourists do when in Rome at the Trevi Fountain, according to legend, and tossed three coins each into the waters, meaning that we would return to The Eternal City, fall in love and marry. Our wish had come true.

Planning
We knew we had to get to the Roman Forum extremely early in the morning on Day 1 to capture our much-desired shot, as there is usually fierce competition amongst other photographers, and this was indeed the case for us this time, on two consecutive days.

Base Camp
The accommodation for this photography trip was a perfectly laid out Roman Airbnb, which meant we could leave and return as we pleased. The Airbnb had a major add-on of it being located in idyllic surroundings, only two minutes walk from the Roman Forum, once the very heart and soul of city life.

Day 1
We felt compelled to start our photography trip at the Roman Forum, as this was one of the most alluring places we have visited.

If you are fortunate enough to stand there alone, gazing over the entire site, like we were for a while, then you start imagining life in those early days: the noise, the smells and thinking about all of the activities that took place there, public speeches, business dealings, elections, criminal trials, social gatherings, religious ceremonies, public meetings. Gladiator matches were held at the Forum, before the Roman Colosseum being built.

It is truly a beguiling place. Conjuring up images of life in Ancient Rome daily, you can imagine all classes of people in the Roman Forum: Roman men and boys dressed in short-sleeved or sleeveless, knee-length tunics with women and girls walking about, on rough ground and large cobbled streets, undertaking their tasks, wearing most likely a sleeved and longer length tunic than the men.

People would be wearing shoes to enclose their feet because they usually wore sandals indoors. Slaves, herdsmen, and plebeians (common people) would have been seen wearing tunics of a dark brown colour and made from a coarse material; the military would be wearing the shortest tunics.

Men would have worn togas only in an established order of colours, denoting who they were. Upper-class Romans took a great deal of pride in their appearance. The woman liked spending time arranging their hair and adorning themselves with necklaces, bracelets, earrings, and expensive jewellery such as diamonds, emeralds, opals, topaz, and pearls.

At one time in Rome, the Upper-Class men wore wigs to hide their baldness and as a disguise, and their jewellery was a single ring if they had wanted to be known for being well mannered. Women wearing ankle bracelets were in those times not seen as classy women. The Upper Class usually lived on the hills outside the Roman Forum, away from the noise and, mostly, unpleasant smells, enjoying their extravagant lifestyles.

Competition
We have discovered with our photography that the more talked about places mainly attract the most interest from other photographers. Competition can be fierce. To get there early is an absolute must. Pick your spot and stand firm, in this case, like Roman Gladiators.

Reality and Construction
As the black of the night started to fade and was transitioning into dawn, the first light of day began to appear, and just before the sun rose, the sight unfolding before our eyes was truly spectacular. We love this shot also; however, we desired a photograph with a stunning sunrise, and the weather forecast looked favourable the following morning.

Day 2
Discussion
Discussion ensued between us. We made a plan to return early in the morning on Day 2, hoping for a spectacular sunrise. Again, we rose extremely early, having been woken from sleep by not one but multiple alarms we had set, going off in succession. One cannot travel that far and not get up for landscape photography.

Once again, we set off on our short walk, uphill, carrying all our heavy camera equipment and tripods, in the blackness of the early hours, to our destination, with no other living soul around.

There was total silence, which seemed so strange in a city that is cacophonous at all other times. The positioning was already agreed from our findings the previous day. It was cold, and we waited for what seemed like an eternity, in great anticipation, hoping that we would be rewarded for our patience and perseverance.


Moment
Fora were common in all Roman cities, but none were as grand as the Fora of Rome itself and the one standing before us. The area is rectangular, and low lying, situated between Palatine Hill and Capitoline Hill. Impressive temples and monuments were many, and statues were created here of those considered great in Ancient Roman times. Some temples were constructed to honour men, and some to honour Gods.

What remains of the Forum now are ruins of many important ancient government buildings. A place that had been so important and fantastic had been mostly destroyed, largely due to the falling Roman Empire. However, in our times, this site is still truly triumphant, which this photograph clearly shows.

Our wait was not in vain. The sunrise was gloriously strong, with the right conditions of only a slight breeze, which allowed a clear view across the whole of the Roman Forum so that the Colosseum could be seen in the background. The sun bathed the Roman Forum in a bold, colourful sky of yellows and oranges, radiating light, illuminating the ancient Roman columns and ruins and producing this stunning and truly eye-catching shot.

There are 3 ways to print these images.
1) Premium Glossy Photo Paper are high quality, professional paper-prints.
Sharp, Vivid and rich Color sets this apart from a casual photo print.
You'll feel like you're there.
Premium Glossy Photo Paper will last a long time.
This option is available in 8x10 inches, 11x14 inches or 16x20 inches.
They are designed to be placed in a glass frame, which can be purchased separately (starting at a few dollars at your local Target or online).

2) Ready to Hang Canvas are ready to hang right out of the box with zero assembly required. Ultimate convenience.
Gorgeous finished look. It comes out of the shipping box finished and ready to hang with a simple nail in the wall.
Canvas Prints are a well-known, high-end way of displaying photographs.
1.5 inch thick wooden stretcher-bars that give it shape, in the same way an oil painting is traditionally assembled. There are no staples or ugly lines visible on the sides (very important).
Estimated delivery time for printing, assembling, packing and shipping is around 10 days.

This is for larger pieces, and the photograph is split into 3 even panels, 3 separate canvas panels which put together make a single large image.
This gives a modern look, and allows spectacularly large sizes on your wall!